The Birch (formerly Laine Bouchard) is the main anti-hero in the Crypt TV short "The Birch", and the main antagonist of the facebook watch series. She is Crypt Tv's most popular monster.

The Birch is a monster-tree spirit who can manipulate vines to either trap or kill someone.

The Birch was originally Laine Bouchard, who was the adoptive daughter of Rachael Bouchard and Don Bouchard. She was pregnated after her "boyfriend" Thad raped her, leading to the birth of her daughter, Laura. Laine kills Thad by crushing him against a tree. Her adoptive parents try to keep the baby away from Laura. They attempt to keep her in an underground hospital under the watch of the family docter, Docter Sampson, but Laine kills her and then her daughter by poisoning her. She confronts her parents and kills her adoptive father by teering his jaw off with vines. Her adoptive mother tries to show Laine she still loves her, but Laine (transforming ito The Birch) kills her by giving her a murder hug, suffocating her.

The Birch makes her first appearance in a short of the same name, where she is to be summoned with a birch symbol that has to be made, and also found on a tree in the woods, and by using a spellbound book which was passed down through the generations in the family that the victim, named Shaun, lives in.

When the birch symbol is broken, the Birch is summoned. Its goal is to protect kids with a heart that is pure, and slaughter people who attempt to harm the victim. The Birch shows that she is incredibly strong, as the bully in the video, named Kris, was brutally slaughtered by the Birch to protect Shaun.

She also makes multiple cameos or references, such as the birch symbol on the tree in the series "MAYHEM, MURDER, AND MONSTERS," as well as in a large book as seen in Season 3 of the "Sunny Family Cult" series. 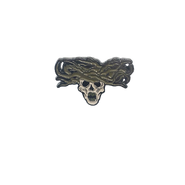 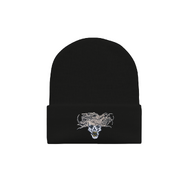 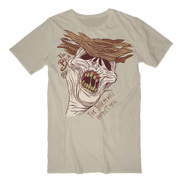 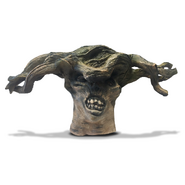 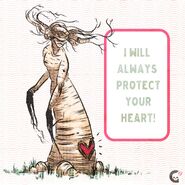 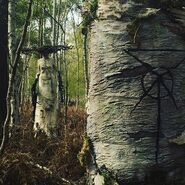 Add a photo to this gallery
Retrieved from "https://crypttv.fandom.com/wiki/The_Birch?oldid=616"
Community content is available under CC-BY-SA unless otherwise noted.